With the release of “Intermission for Reverend G” and the signed contract for the third book in the series, I thought the petite minister with Alzheimer’s might slip out of my subconscious. I’m already ten chapters into another novel, a completely different type of book where nobody struggles with Alzheimer’s – yet. So the other night, I was minding my own business and just finished reading a Psalm before I laid down. I fluffed my pillows, petted the cat and checked to make sure the alarm clock was set.

Then I started my prayers, but there she was – interrupting my prayers no less. This sweet little woman minister as clear as a bell in my head, visited me again and demanded to be heard.

So I listened. Reverend G stood somewhere in that place in the brain where characters live – her long white braid slung over her shoulder and Gabriel in her arms. In the late stages of Alzheimer’s, I wondered what she could possibly tell me.

Maybe another phrase I could use in the rewrite of the third book in the series? Maybe a clue about one of the other characters – somebody she wanted to converse with? Or maybe she had some wonderful spiritual nugget she wanted to share, something that might help a reader and also might add value to my soul.

I listened carefully to my beloved main character and could hardly believe what happened. Maybe it was the Alzheimer’s pulling a trick on both of us. I don’t know.

The rest of Kenny Rogers’ hit song faded in the background as Reverend G turned around and carried Gabriel to – wherever characters go to wait until they visit the subconscious of the writer again.

Really. You just never know what a character is going to do. 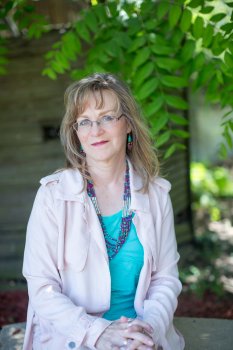